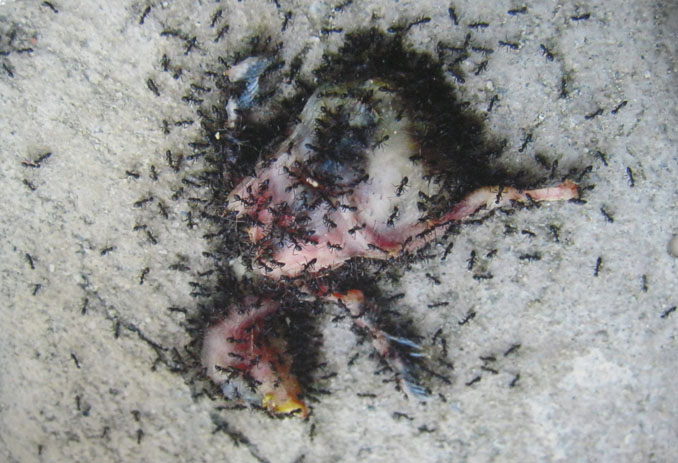 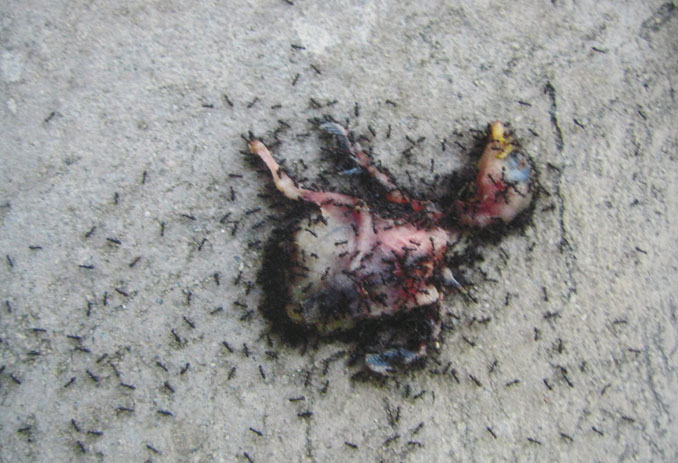 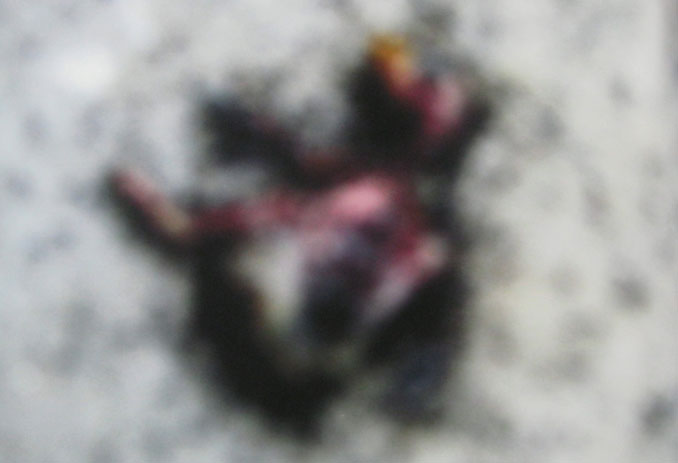 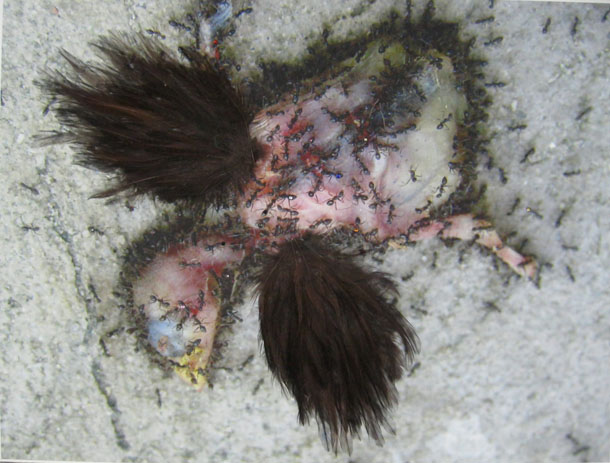 The tragic myth of Icarus, who died in a failed attempt to fly by gluing feathers to his arms; and the sorrowful death of the embryonic bird seen in the video. In the work, an army of ants gather around the dead bird in an attempt to lift it’s lifeless body. In the process, the ants make the unformed wings of the bird move in a mock flap.

As the horrific image merges in it the beauty of nature’s life processes, it reveals the futility of dreams and an inevitability of death. In the context of the mythic allusions, the bird, a dreamer becomes a martyr at the hands of fate and misfortune.