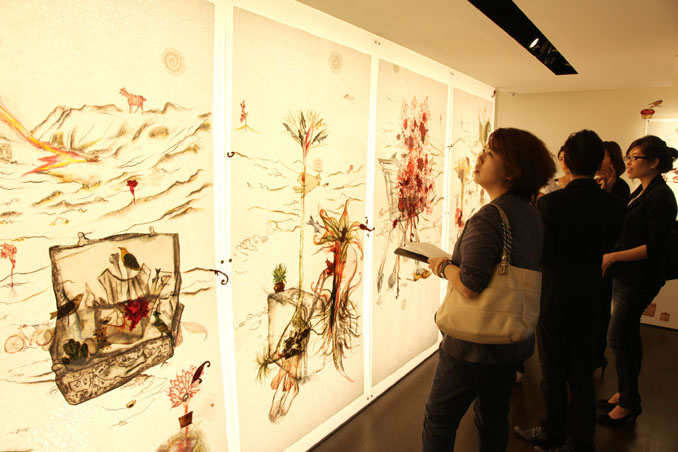 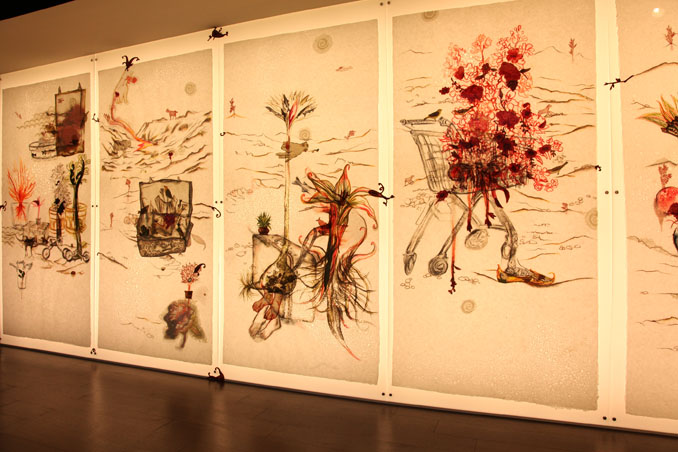 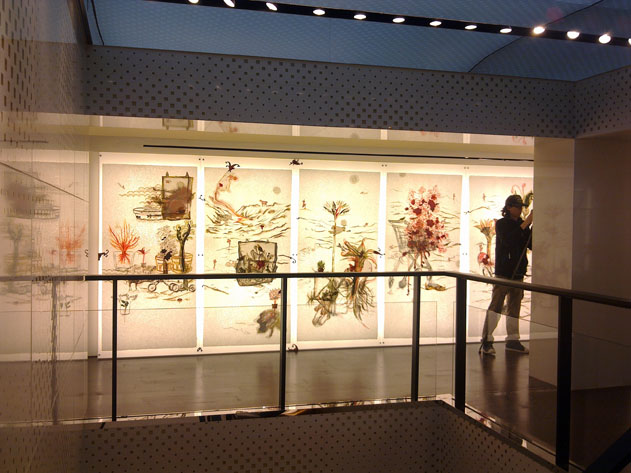 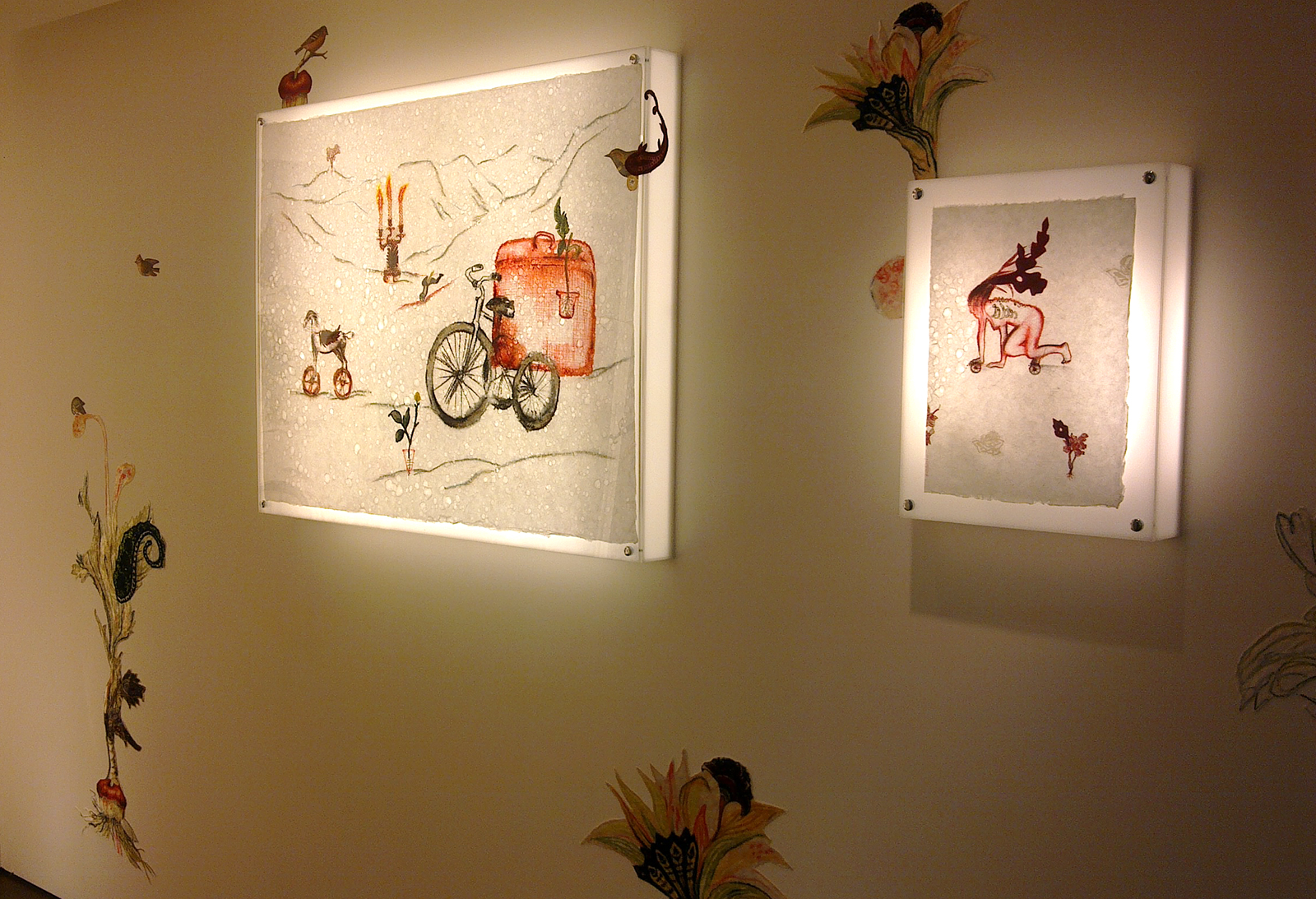 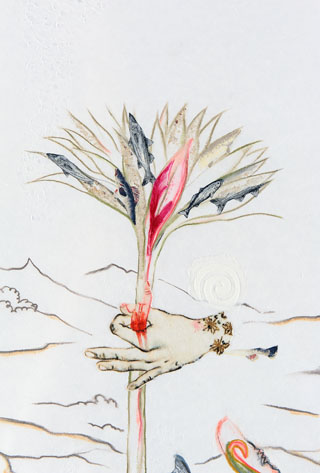 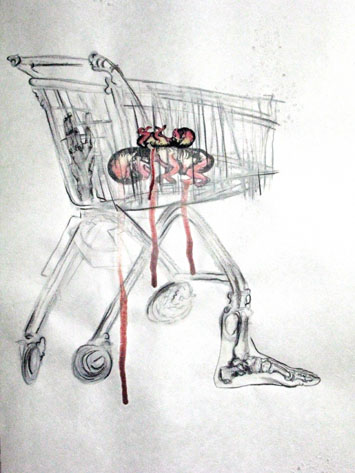 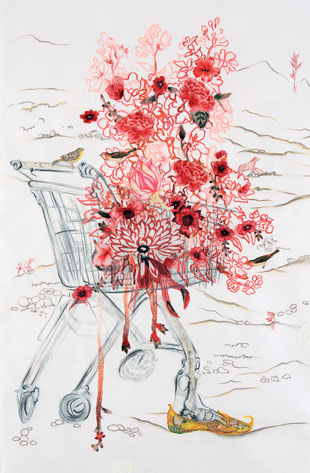 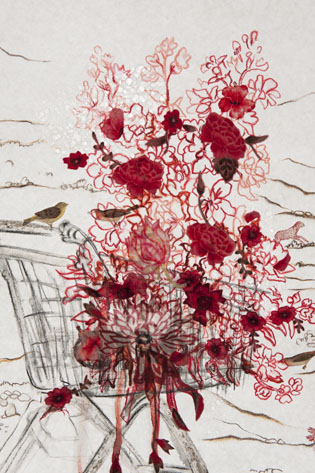 For a commissioned show at Louis Vuitton that involved various dos and don’ts, I took a chance to work on transparent kozo paper in which multiple layers can be painted and still be translucent. After facing rejection for the initial composition and narratives, I created another layer on top, covering the forbidden surface which allowed the project to get approved. However, all the camouflaged and disguised drawings reflected from behind with the backlight on- a trick to deal with the corporate fraternity and their censorship

As a result of the transparency of the paper used, the inner drawings glowed with the outer layer of drawings projecting multiple layers as multiple memories and various aspects of human life. Painted blooming flowers masquerading the bleeding fetus kept on a shopping cart was one of the many drawings combining the morbidity with life itself-  highlighting that antithesis, which is part of human existence.

The images traversed through a complex psychic journey of the human mind and childhood memories. All these emotional possessions and the other almost impossible things we carry within us holding them like a suitcase, were mostly represented in the images as a rootless tree or plant. The root is seen everywhere which it is not the way it is supposed to be, as it should be inside the earth.