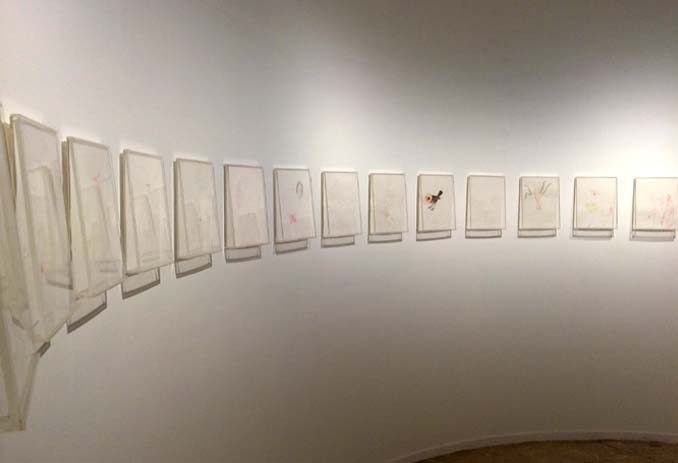 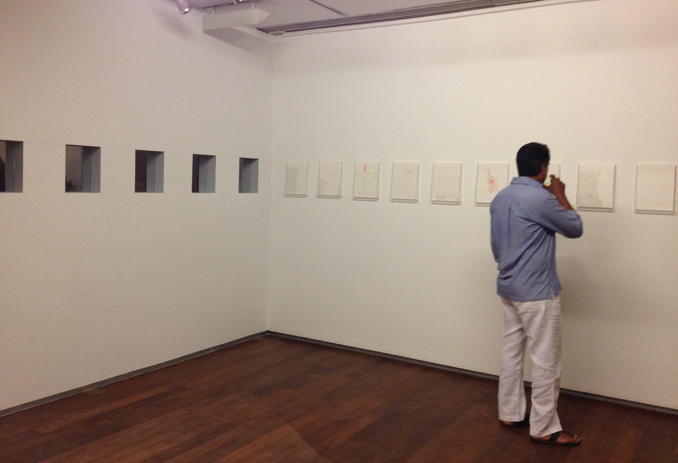 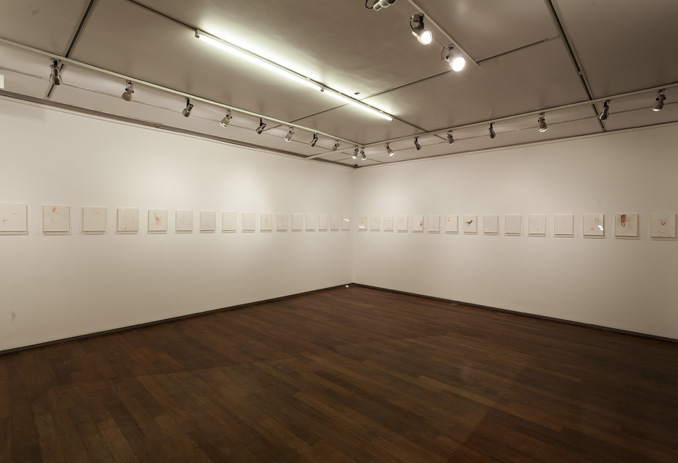 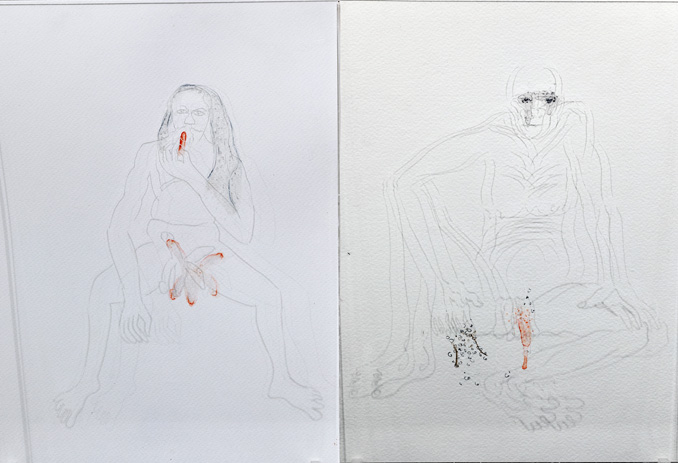 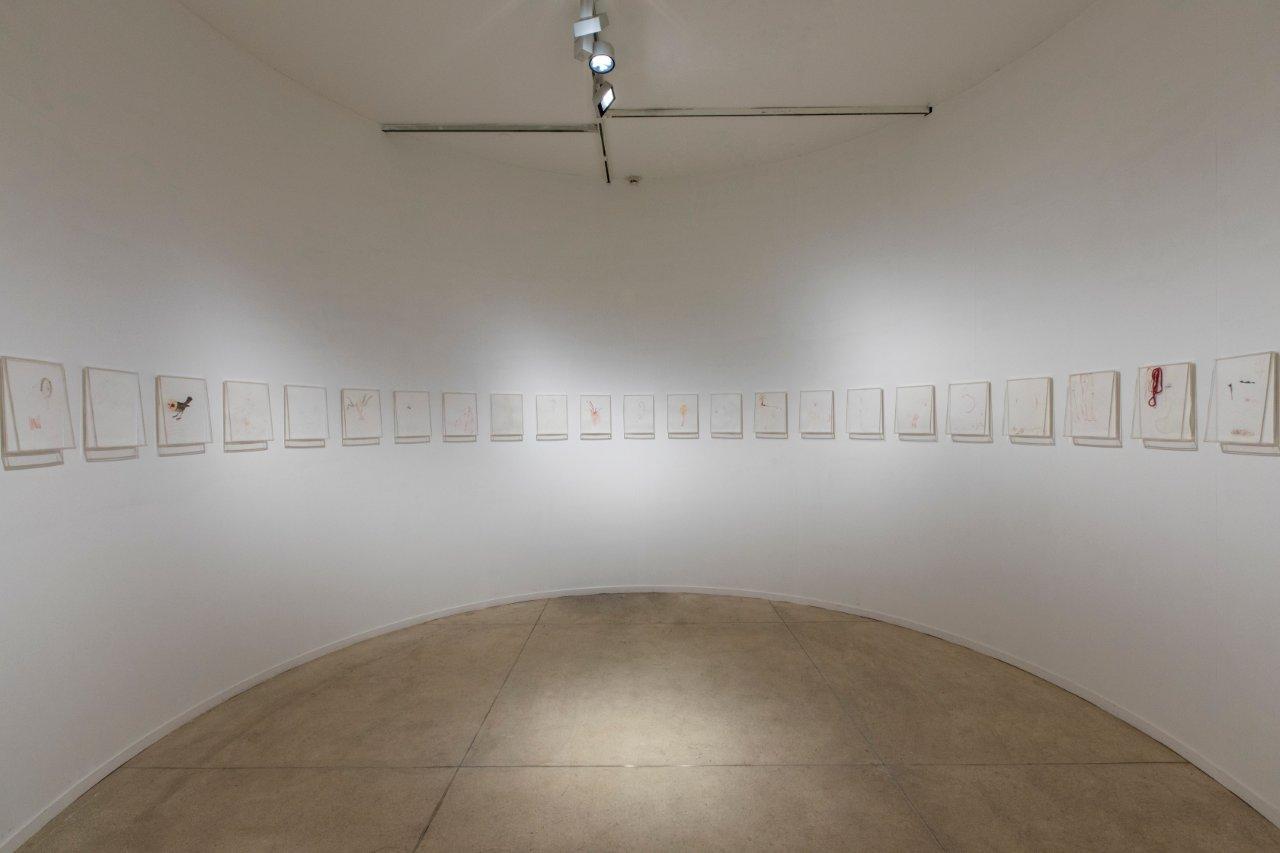 Each displayed artwork appeared like drawings of abstractions in white space, landscapes and other isolated objects. It was only with a play of programmed lights that the engravings on the plexiglas casted shadow on white paper to complete the composition, though only for a moment claiming conceptual non-existing bodies into momentary existence.

The re-working/ manipulation of his works was a  commentary  by me, a straight female artist and a compatriot of Bhupen Khakhar, who was one of the first self-proclaimed homosexuals in Indian, on the present situation of homosexuality in Indian society. Almost a decade after Bhupen’s death, sadly, it still remains a game of ‘hide-and-seek’.