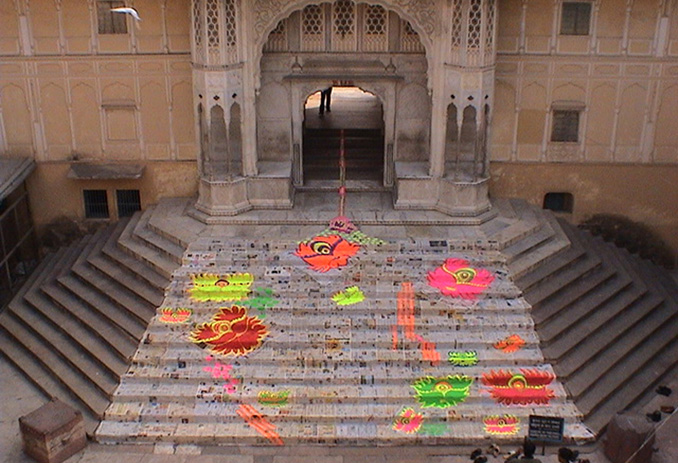 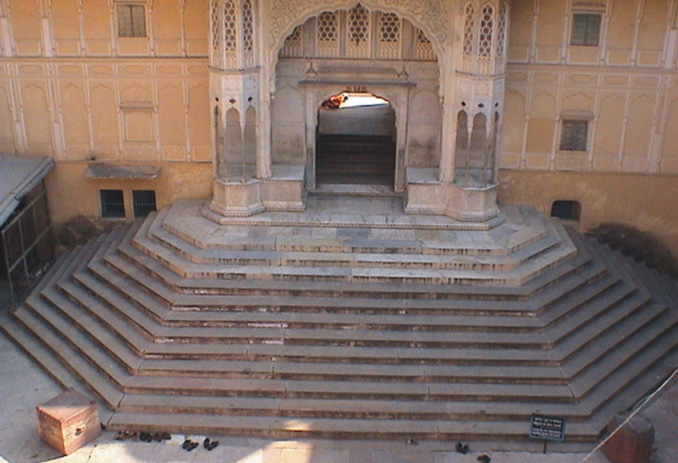 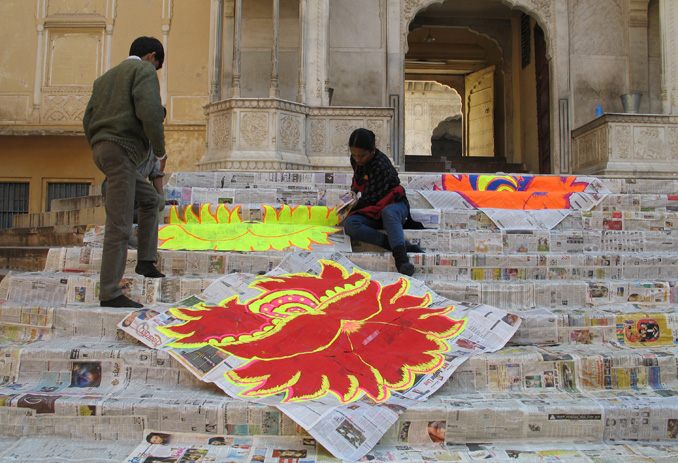 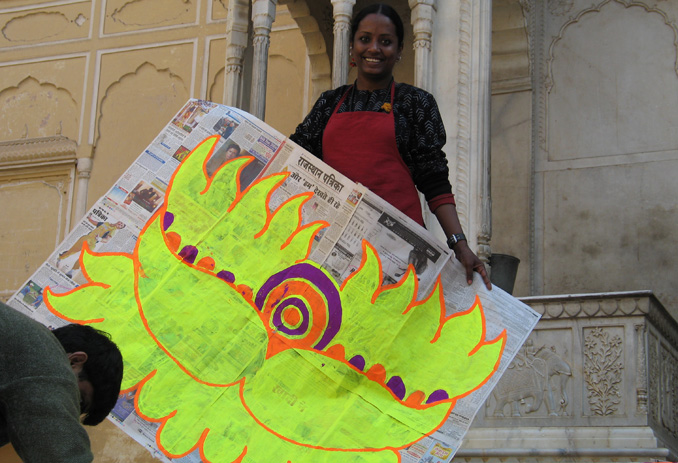 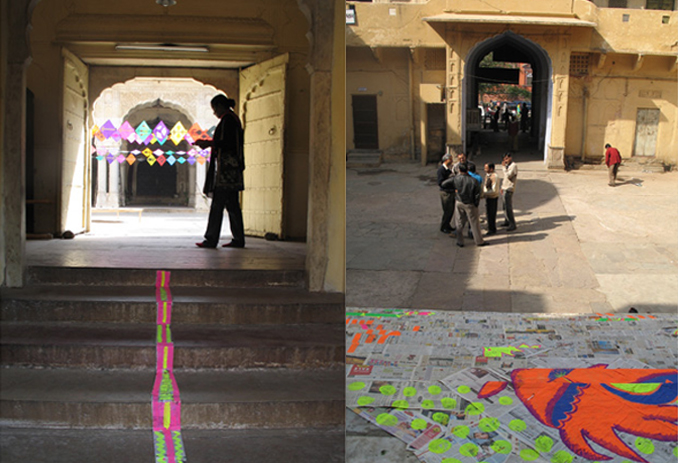 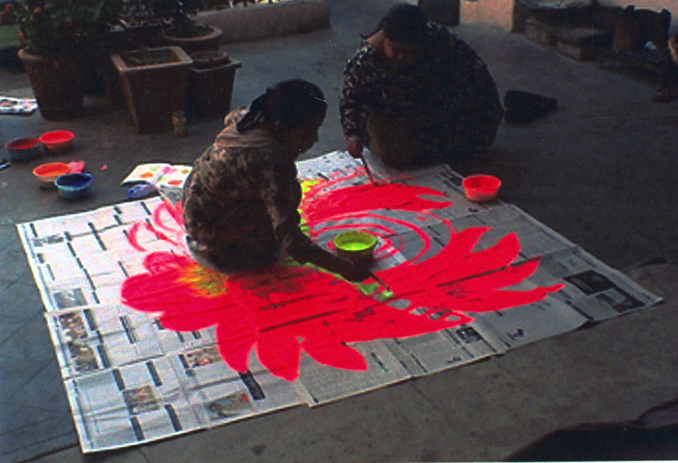 I worked with two Muslim sisters, Famida and Anisha. For them working in a public space in itself was a challenge, as in traditional Muslim society women are rarely seen unveiled outside the home. The public walked over the covered entrance steps to enter the temple, creating a statement against separated religious systems. As Muslim and Hindu artists blended opposing religious symbols within a sacred site, a moment of unity was established in a city with many differences.