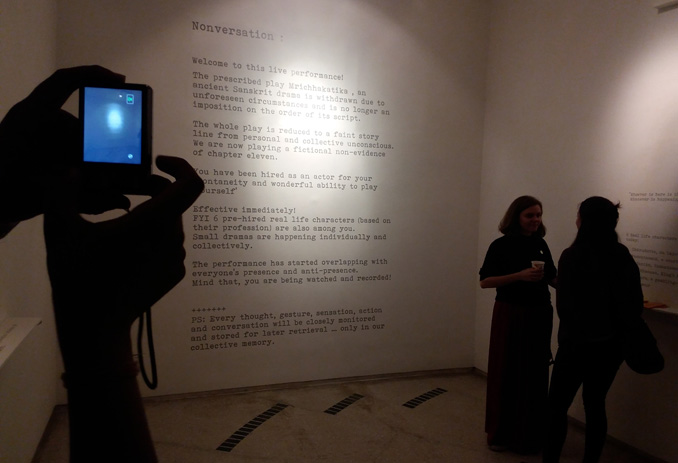 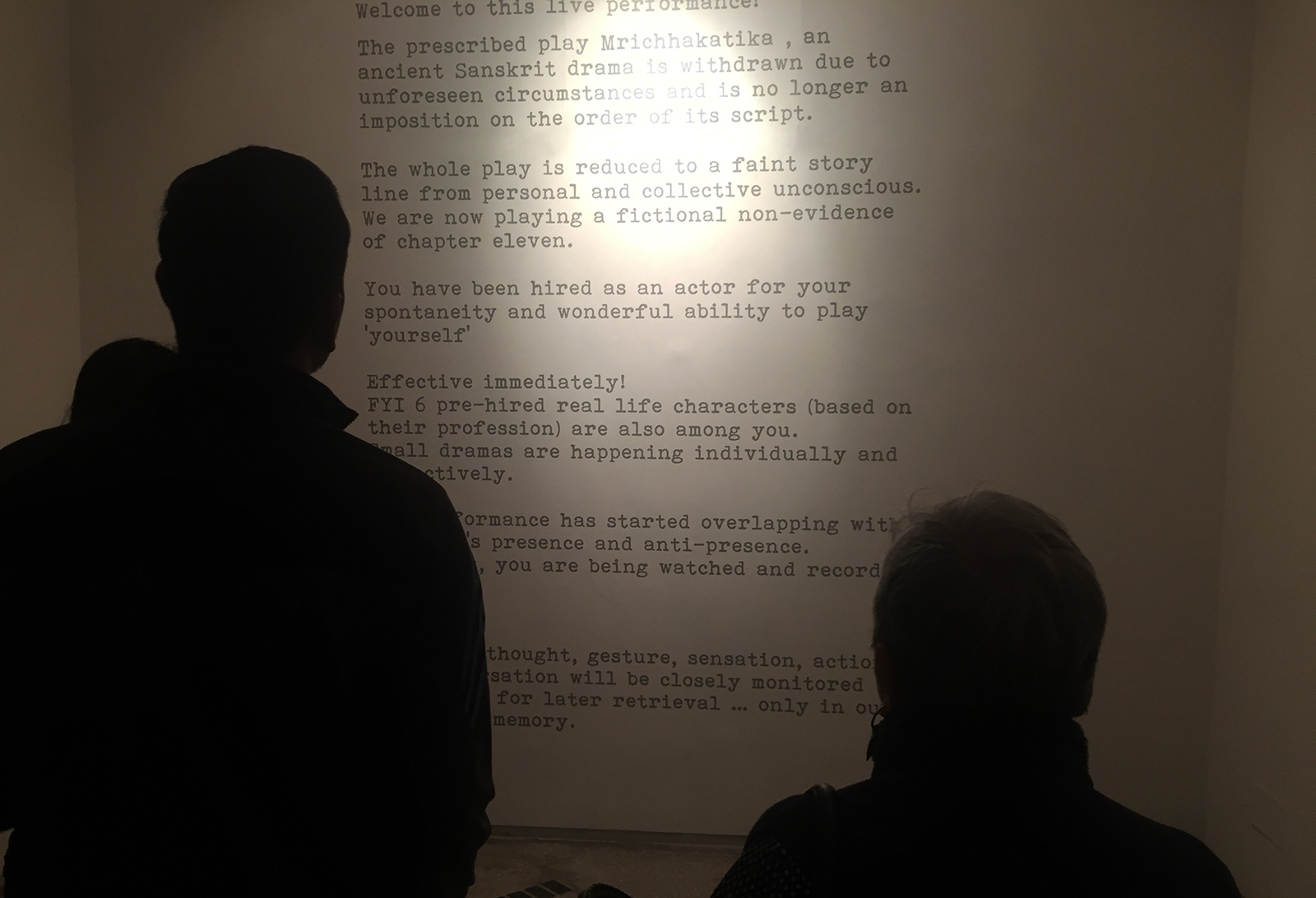 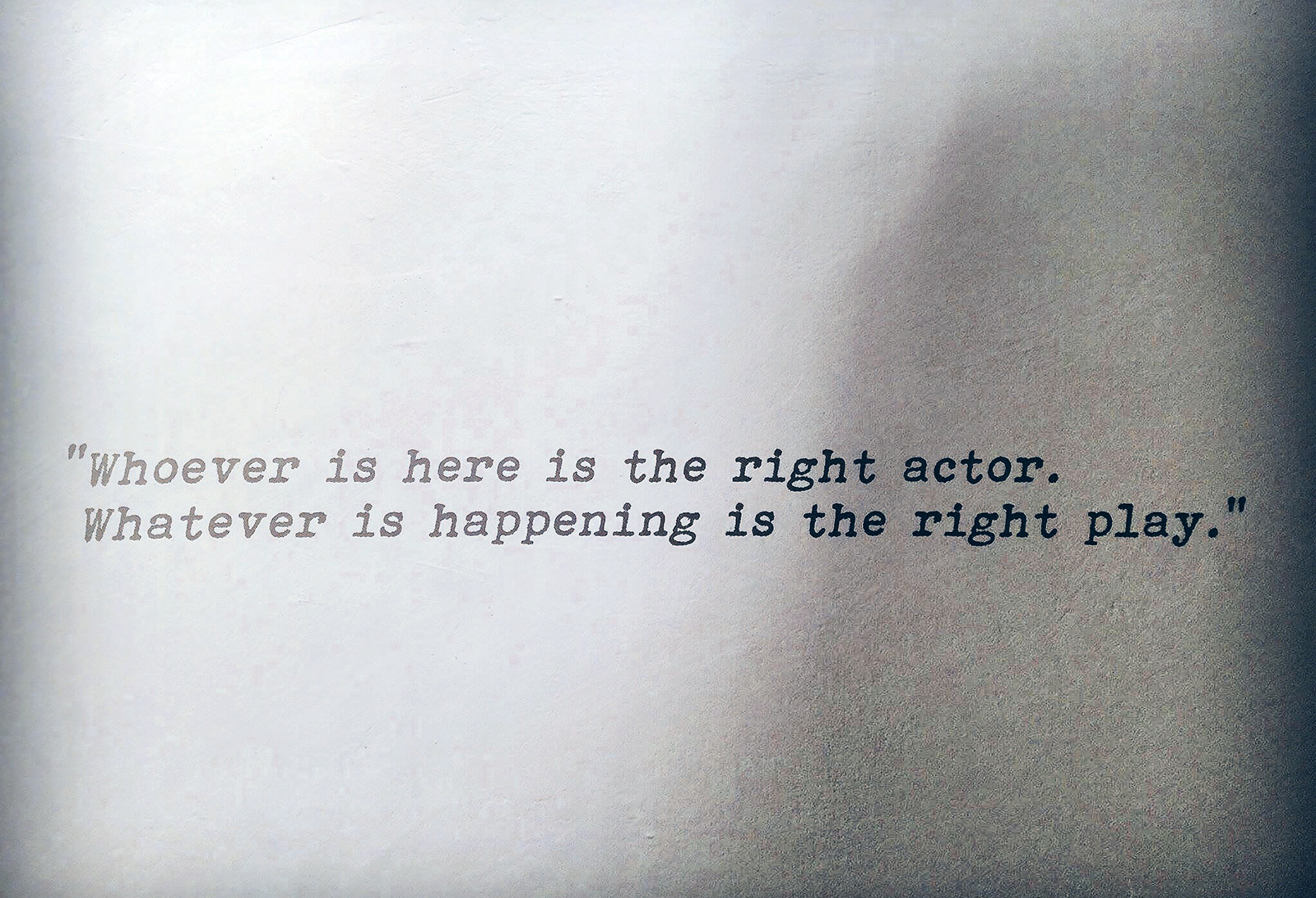 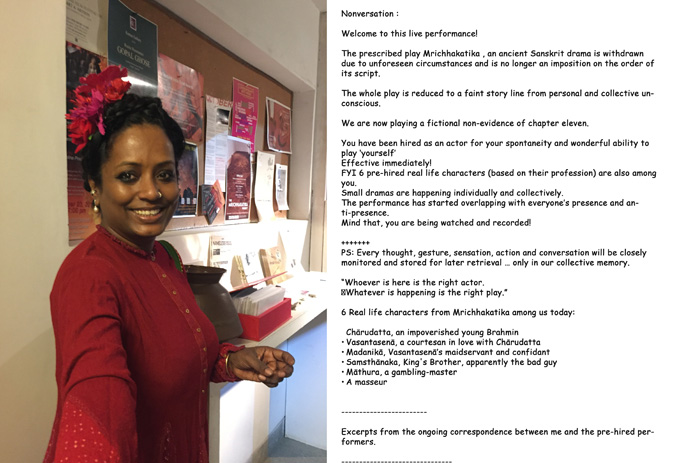 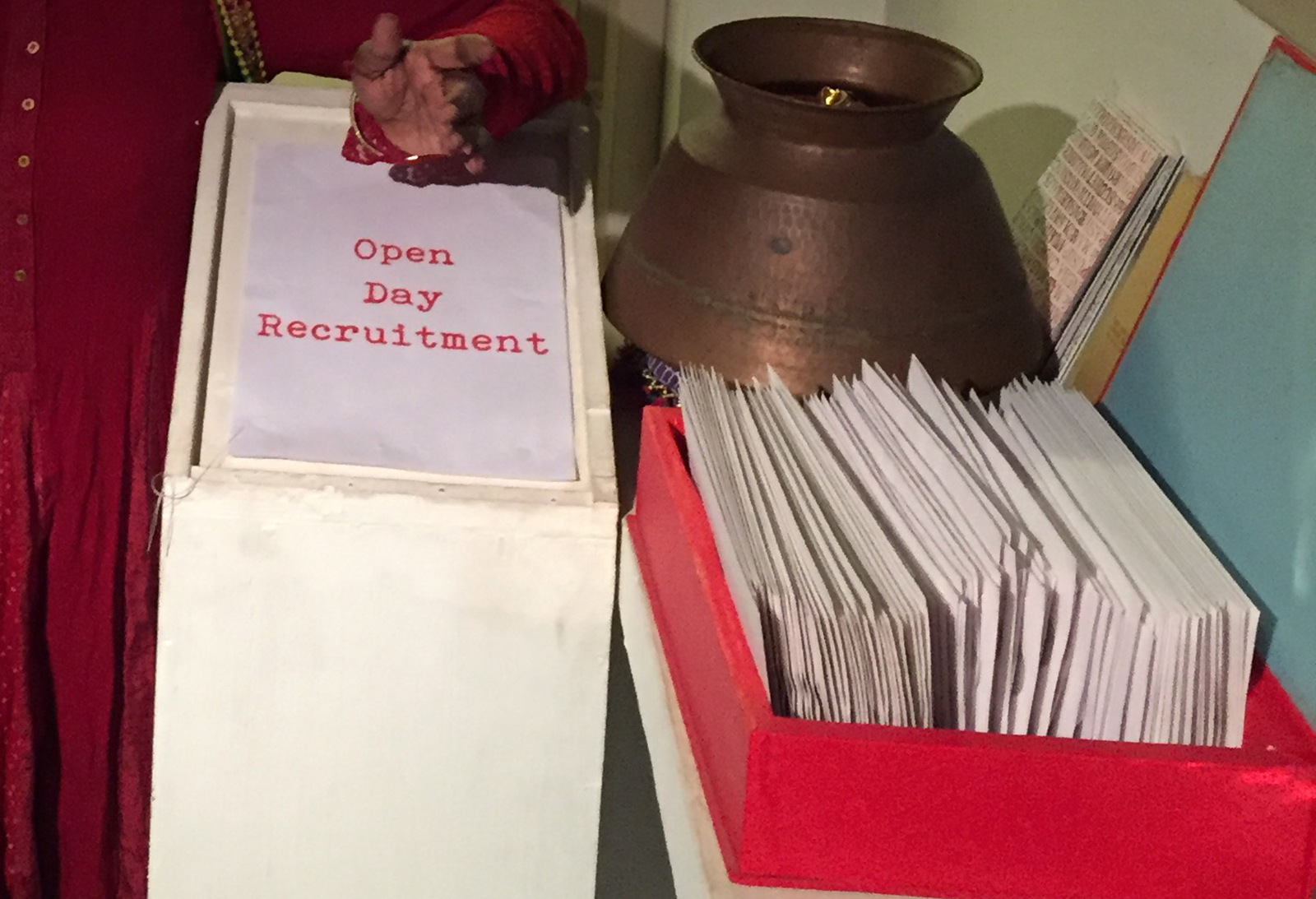 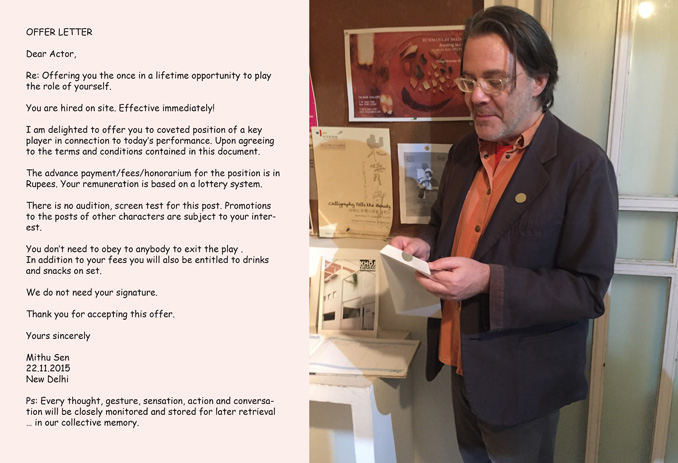 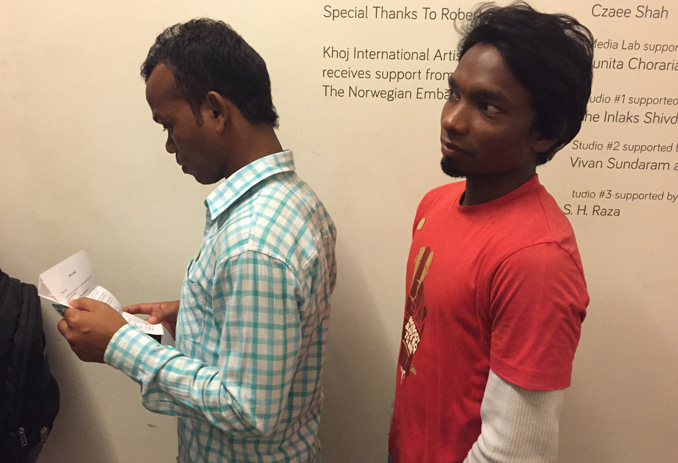 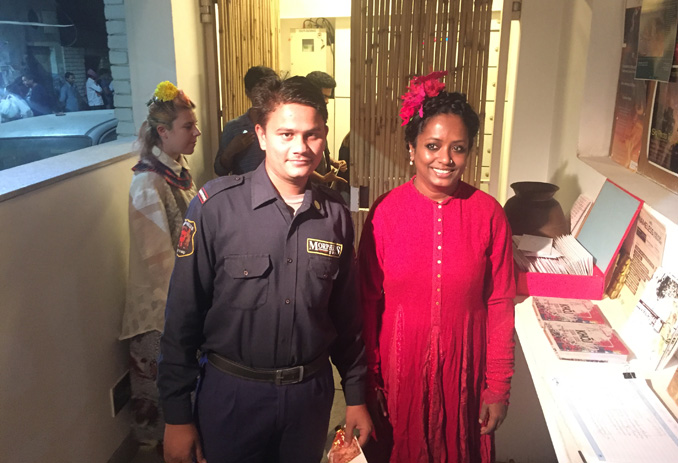 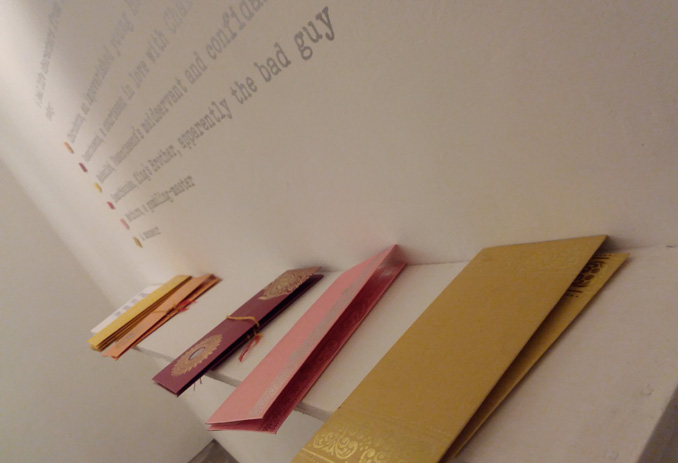 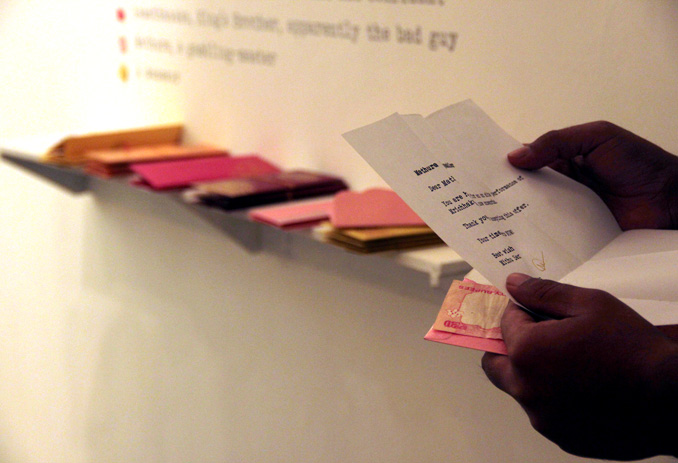 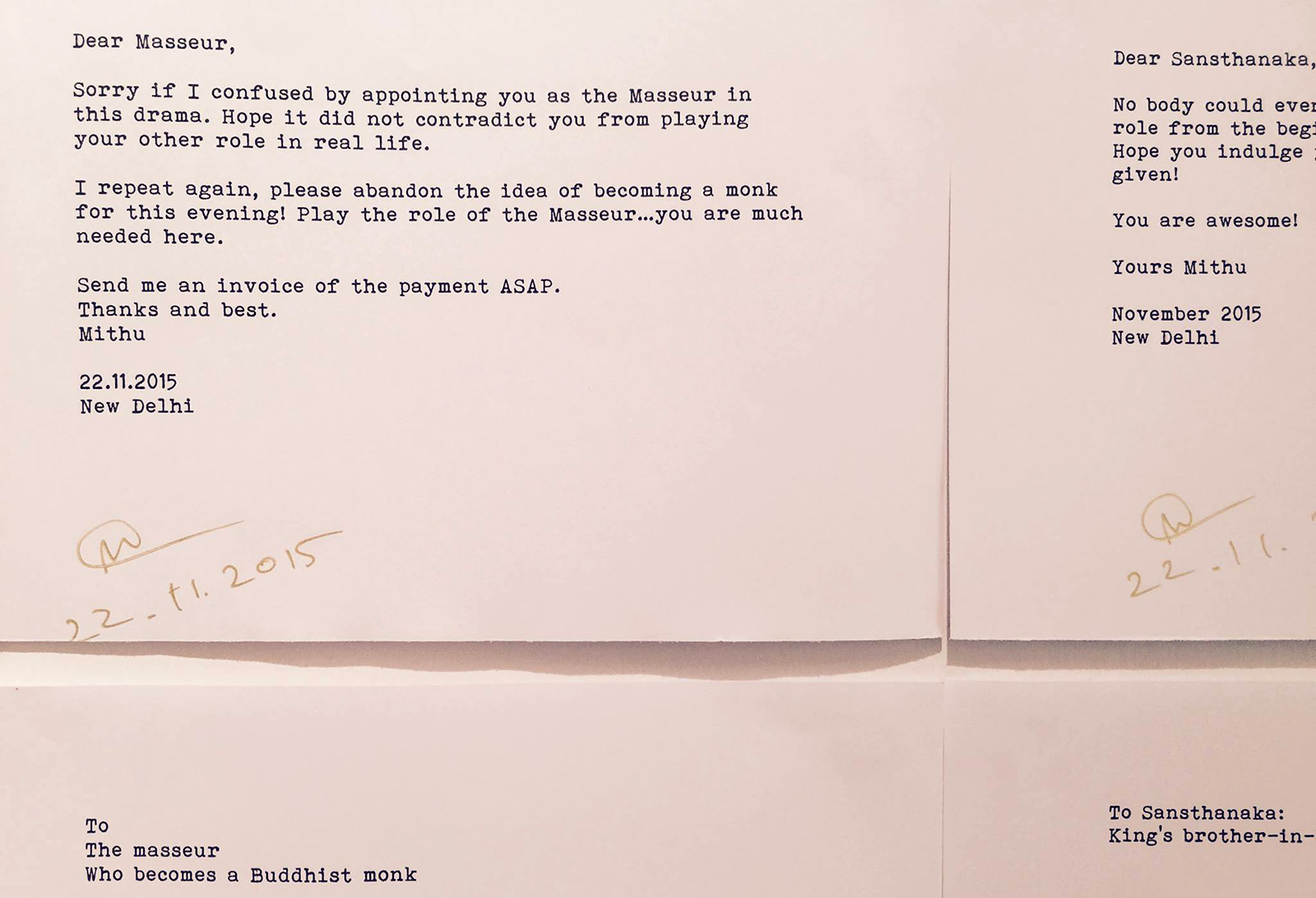 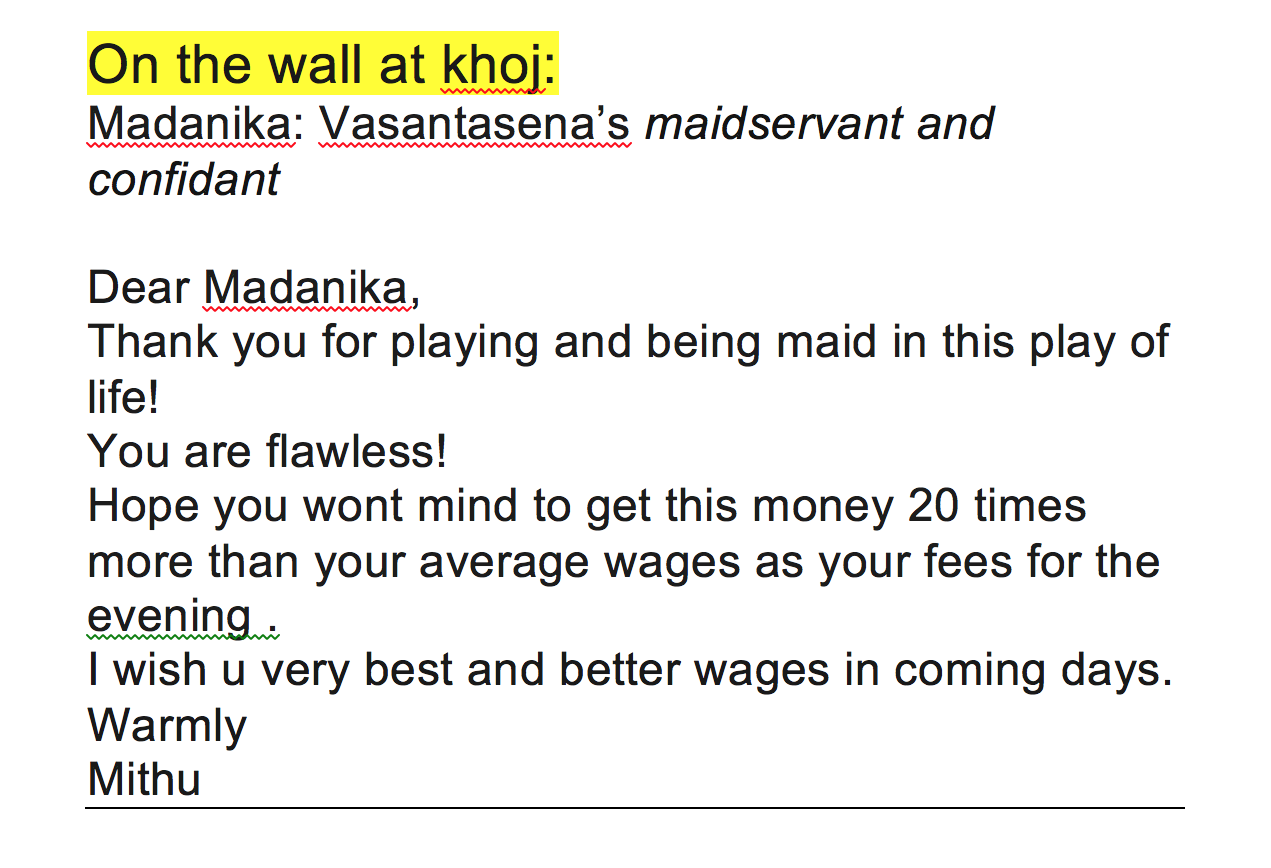 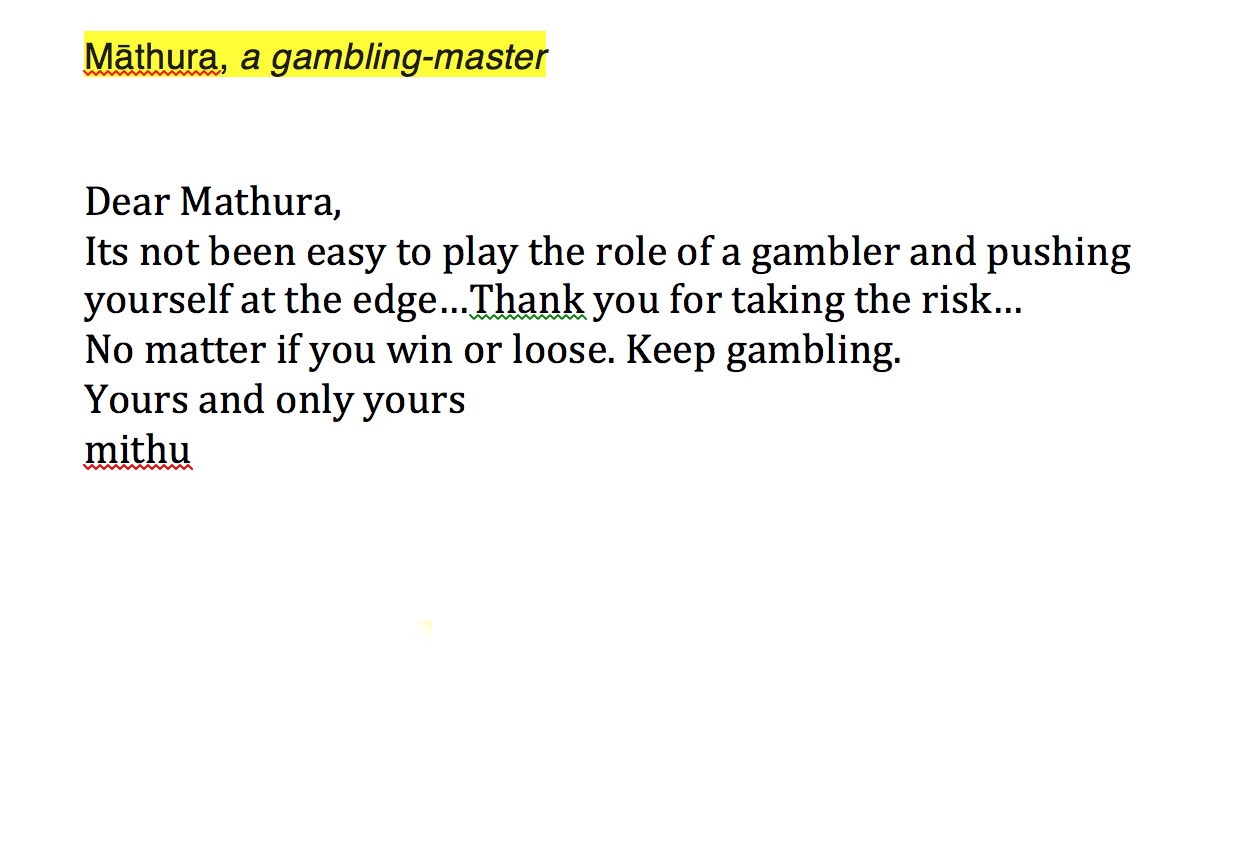 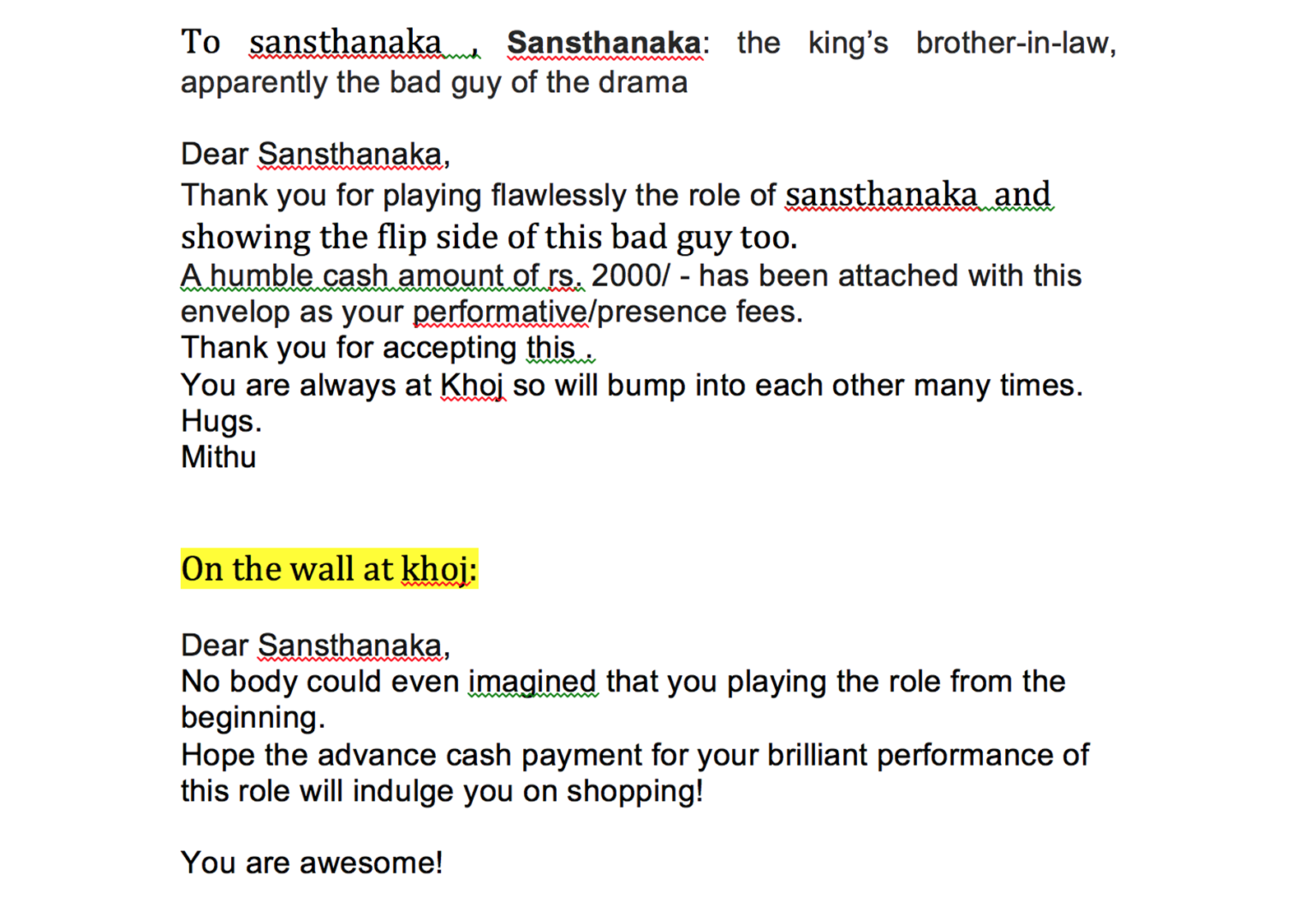 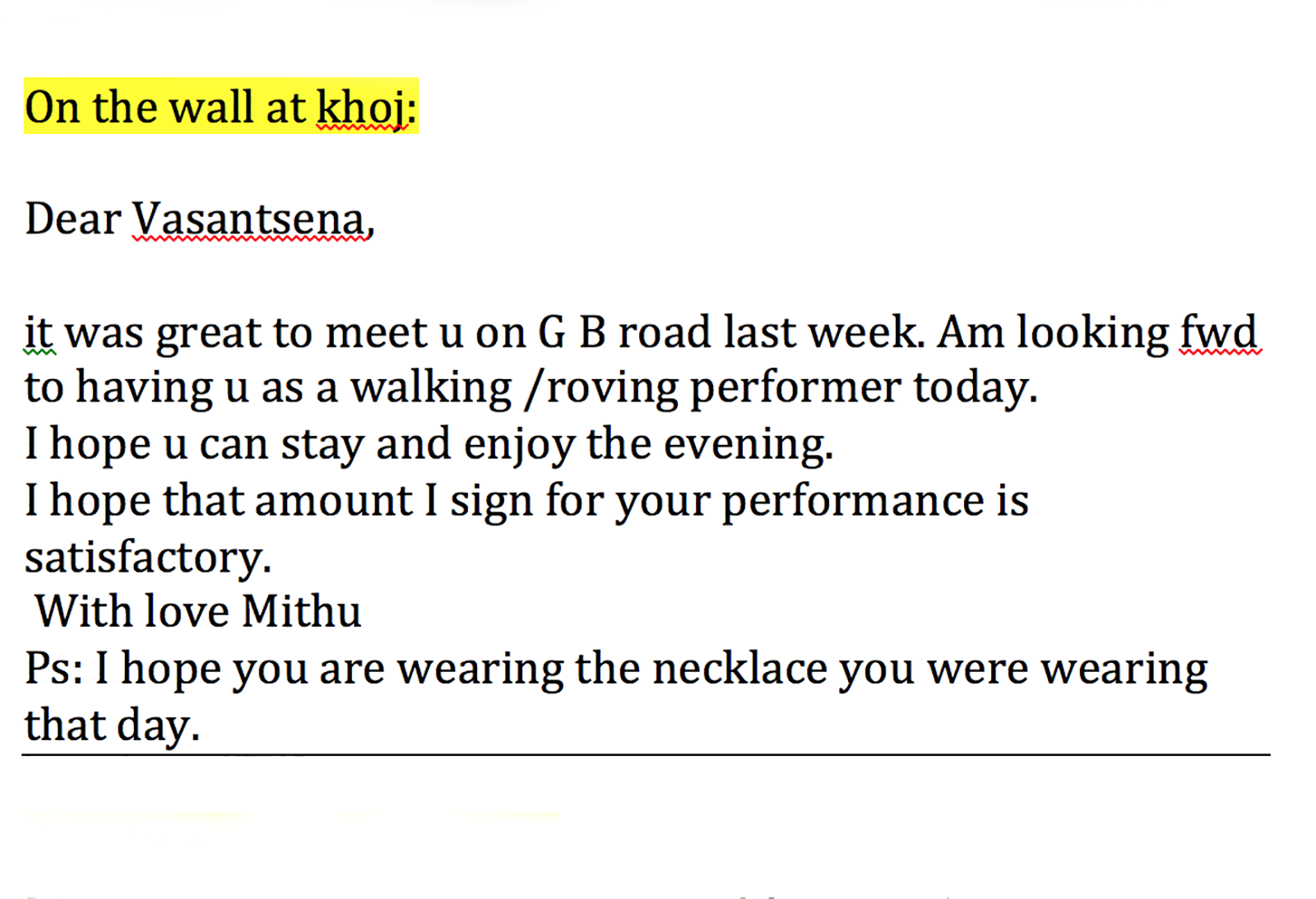 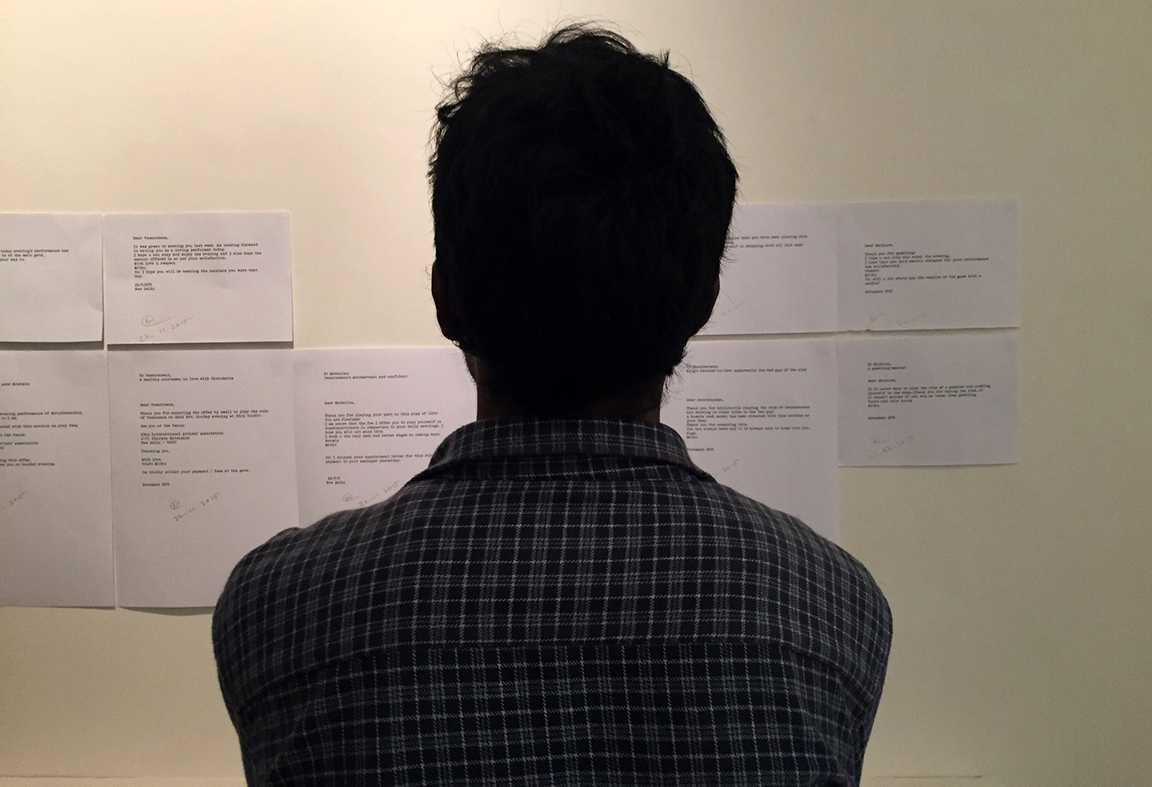 An ancient Sanskrit play, Mrichhakatika, was given as a subject for a residency to five invited participants to intervene and interpret their own versions. I resisted and withdrew from reading the English translated script /version of this Sanskrit drama, rather depending on a faint story line from unconscious personal and collective snippets of information from other participants working with the same novel.
The characters were hired from real life Each audience member was also hired with an advance payment at the entrance as an actor for their spontaneity and wonderful ability to play as ‘him/herself’ Without a familiar framework of a play, it became an experimental performance project nurturing different ways of representation and highlighting the ephemeral nature  of a performance. The whole hierarchy of the space was disturbed by the absence of any claim due to the unpredictable and unconsumable nature of this intervention. This new form disoriented people’s expectations producing a binary relationship between the performer and the viewer.