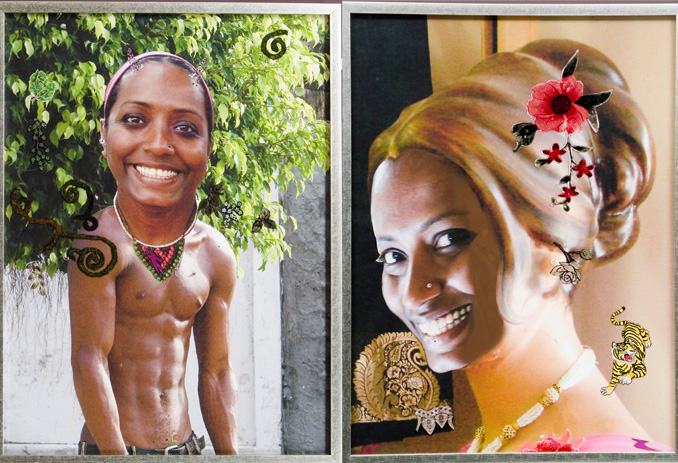 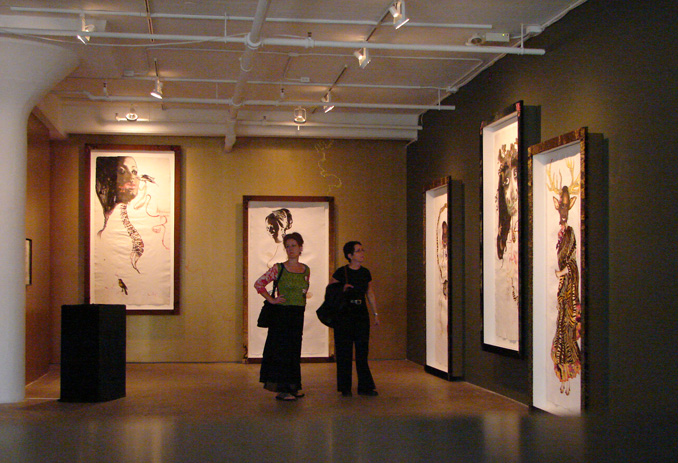 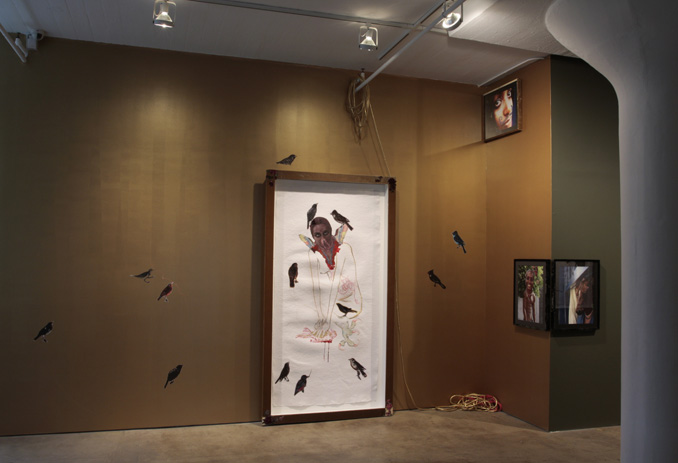 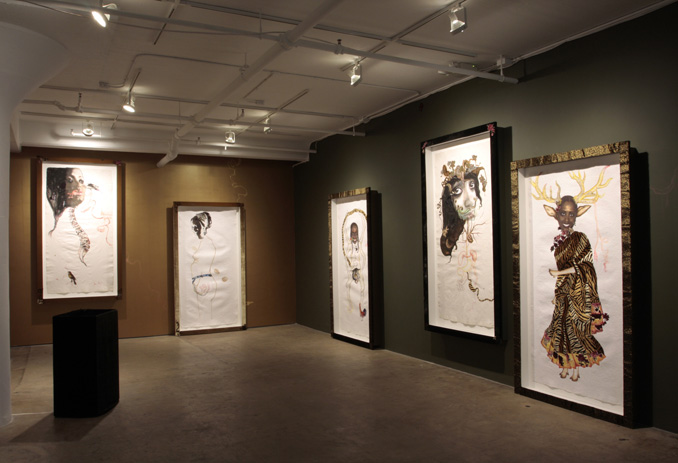 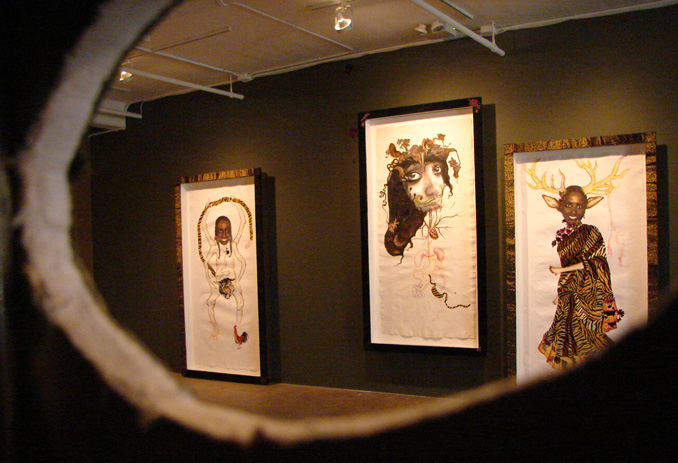 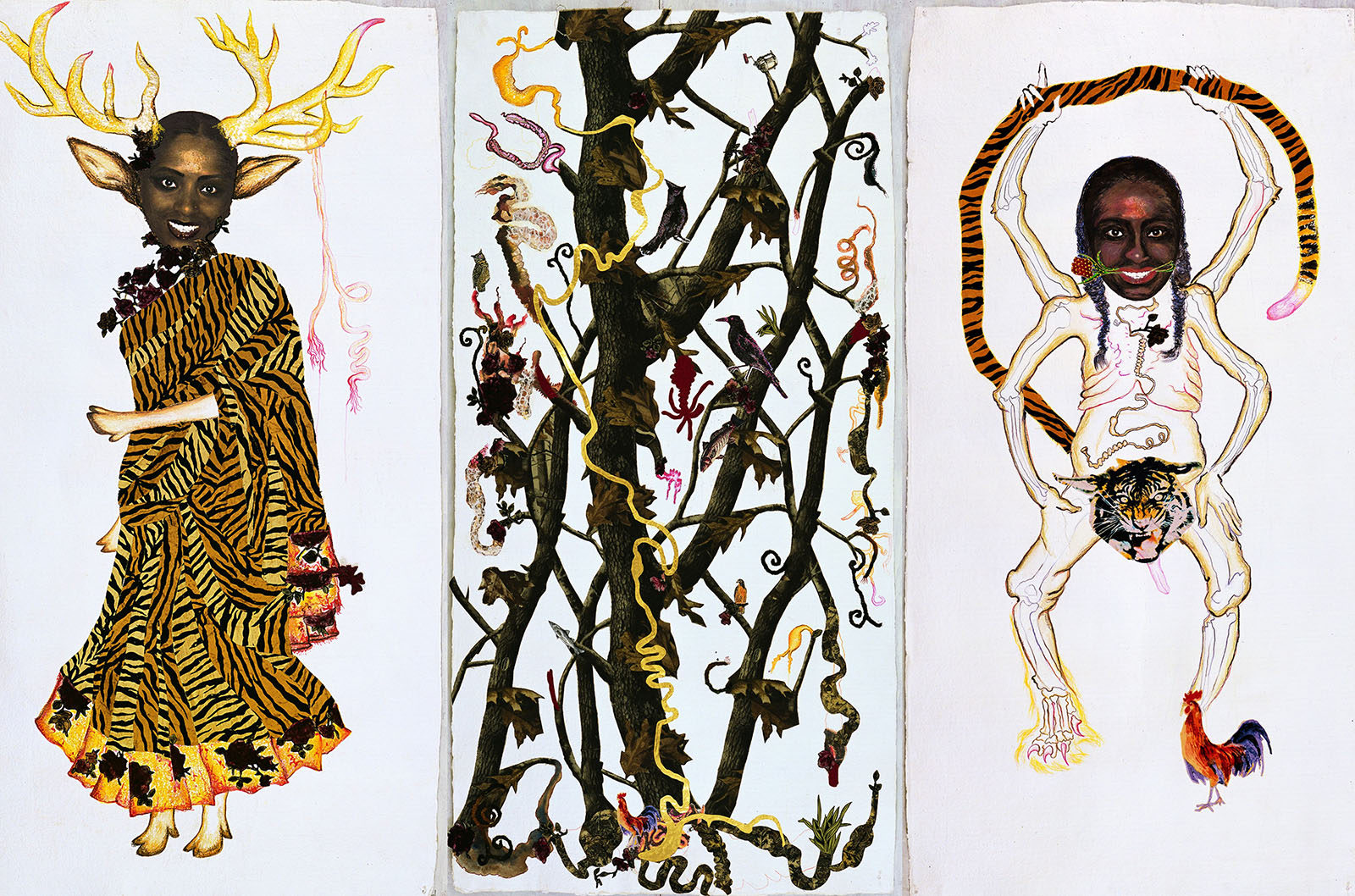 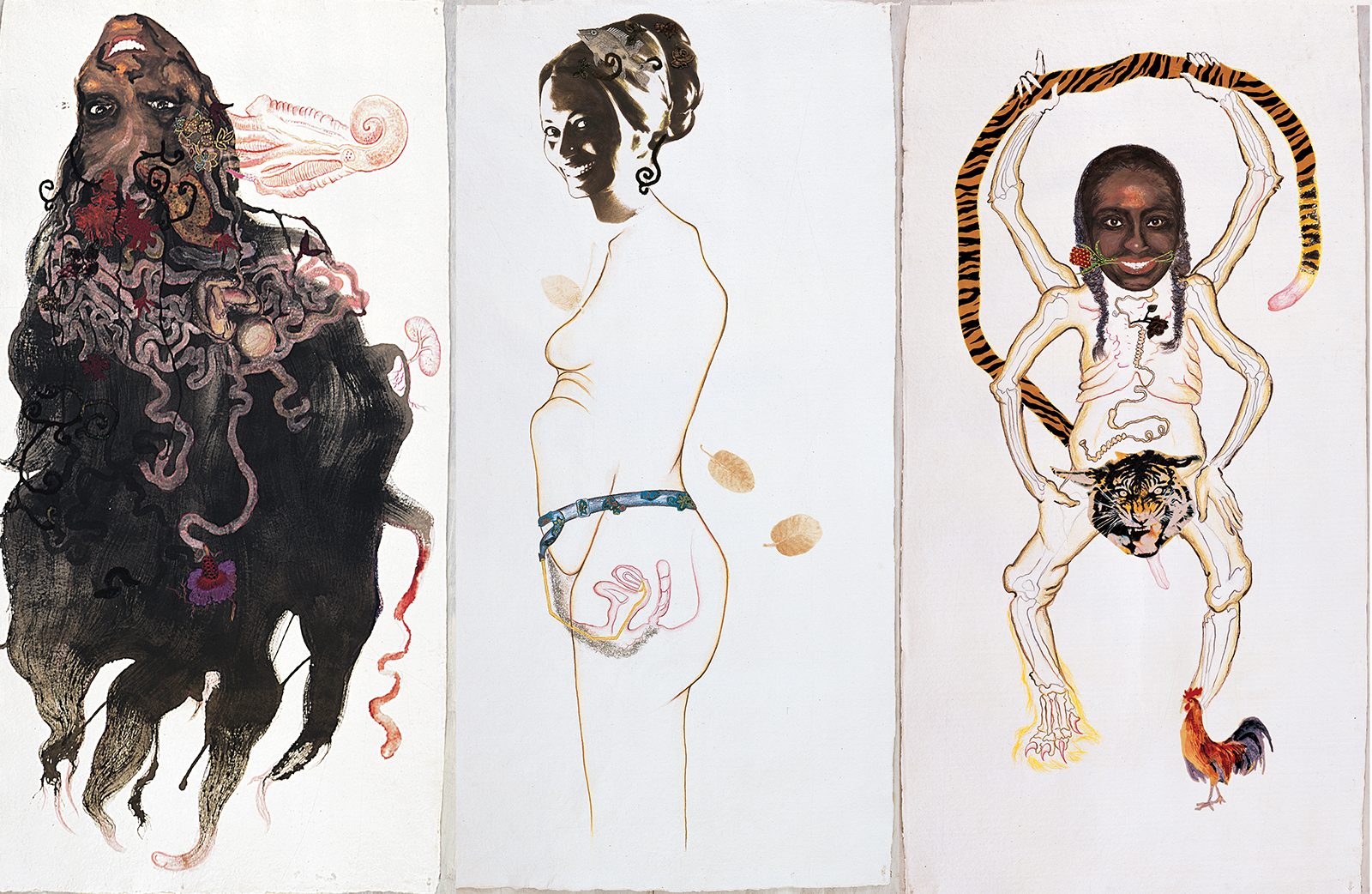 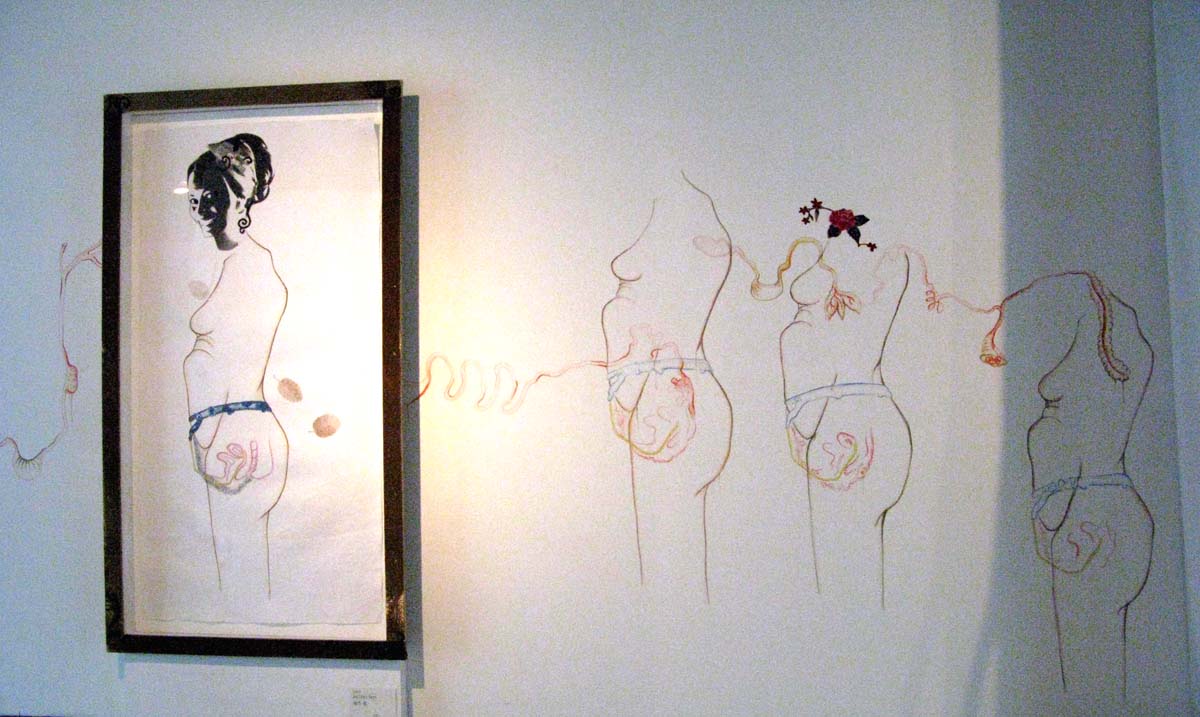 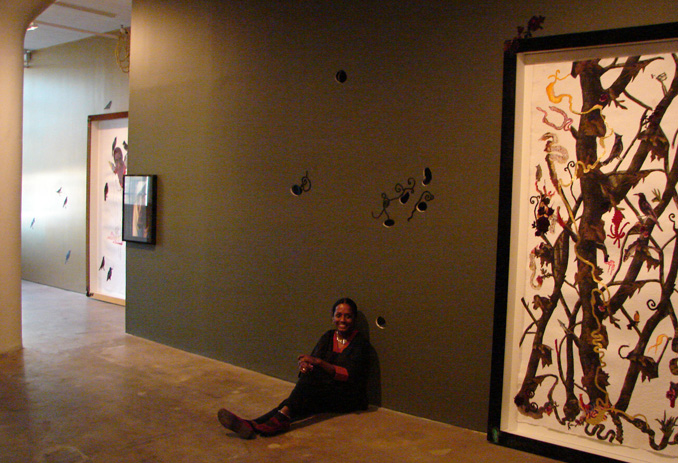 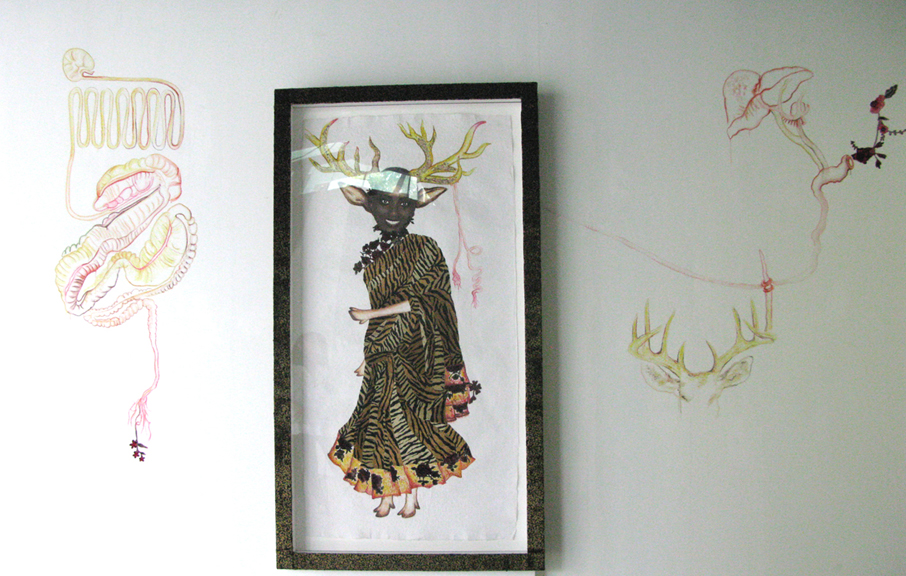 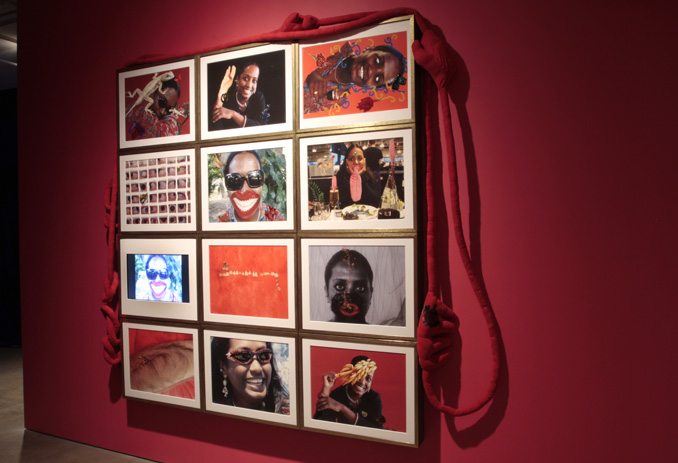 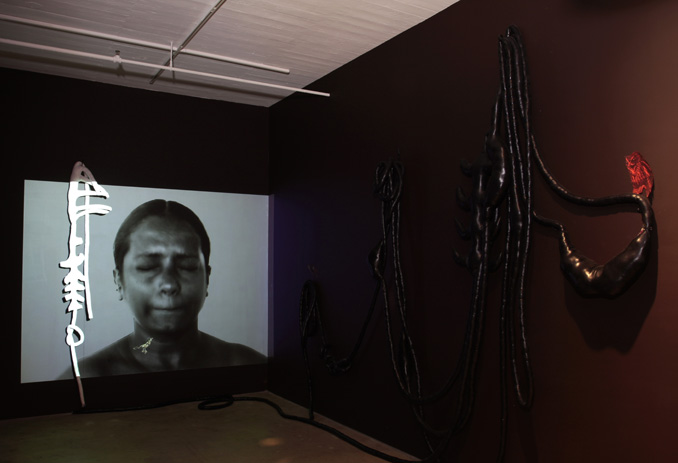 To  (un)construct the role-play of the representational politics and the larger than life-size grotesque fetishist self-portraits, fictitious, self-exoticism to complicate conventional cultural conformity to an immediate identity injected humor.

investigating the visual politics on the possibilities for multiple becomings. Half-human half-animal hybrid bodies challenged the imagination of the viewers. The hybrid figures operated on the interface of fantasy and reality.

The roles of the grotesque self, from many perspectives:  flirtatious to ambiguous and self-realization to psychosexual repression in power games to question the social norms. The hybrid figures operated on the interface of fantasy and reality. Ambiguous in their presence to attract that decade of the emerging market of new aesthetics, new exotics, new ‘otherness’… a new cultural way.