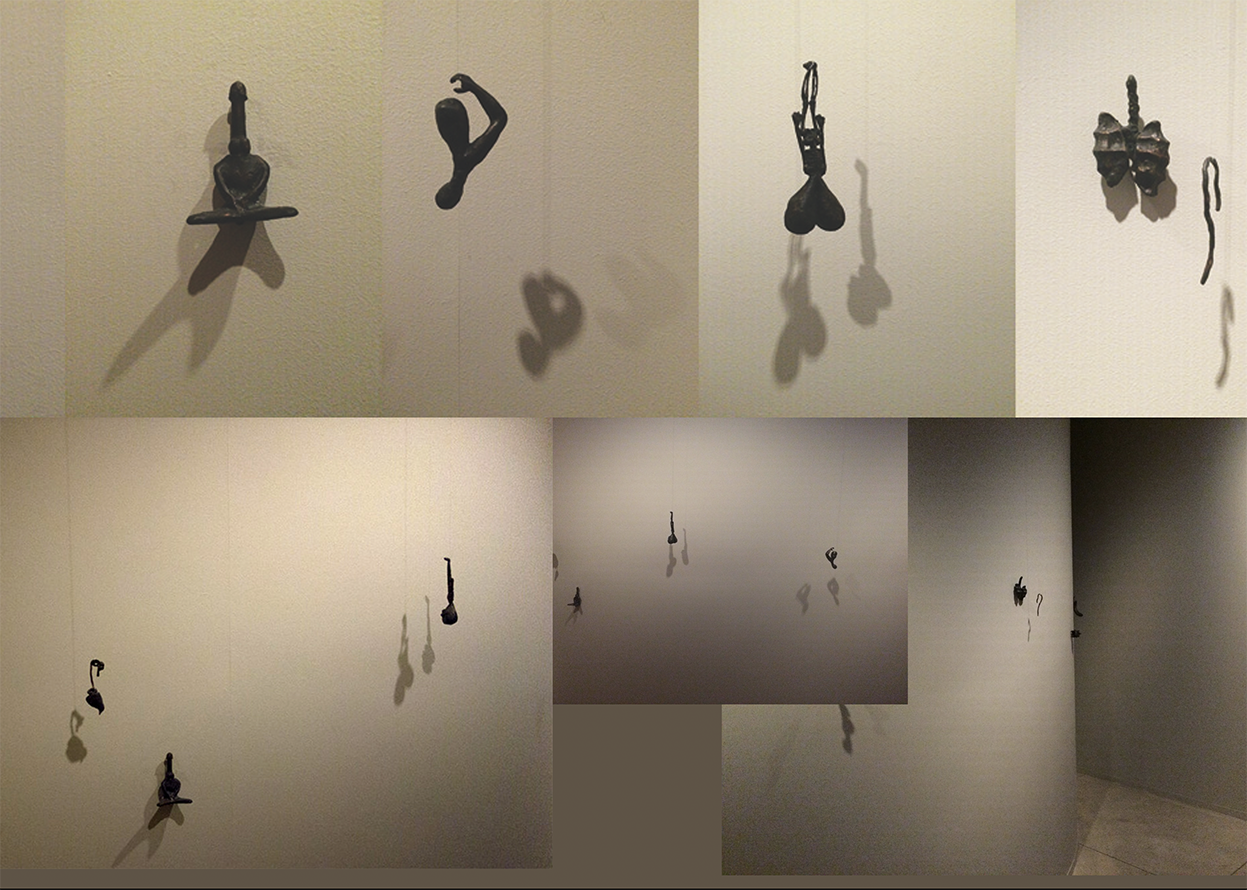 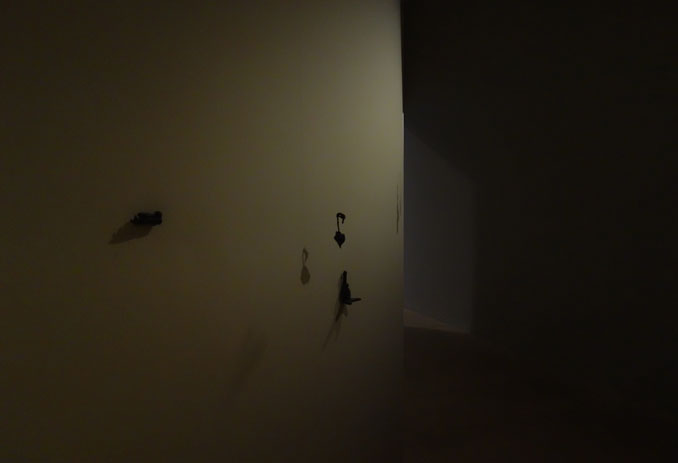 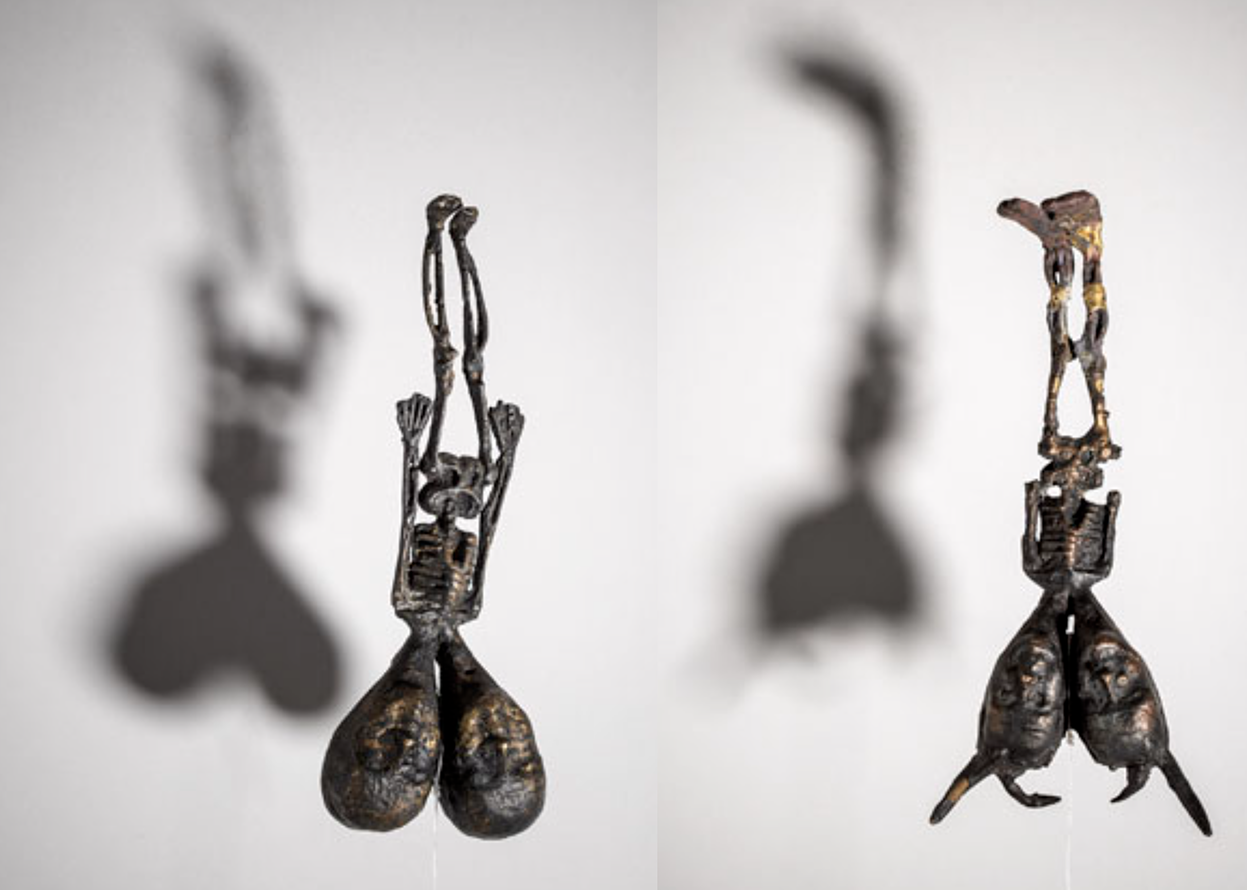 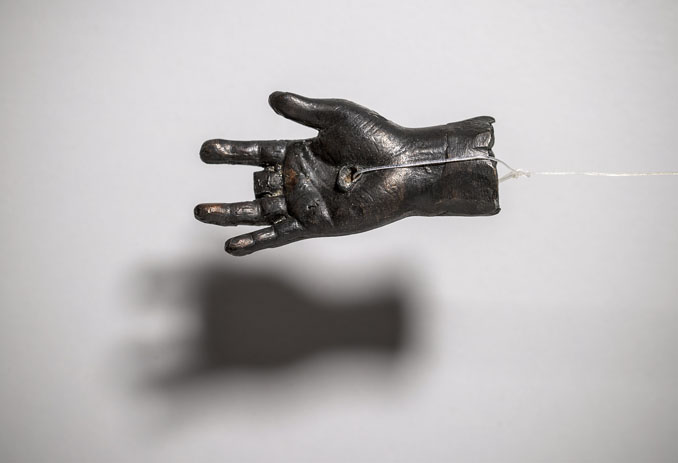 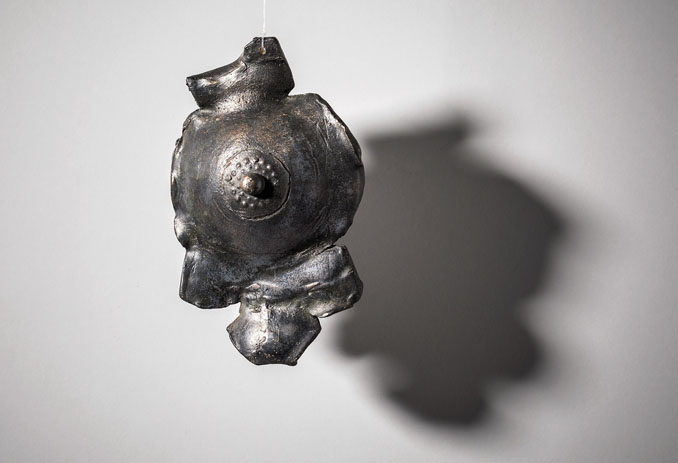 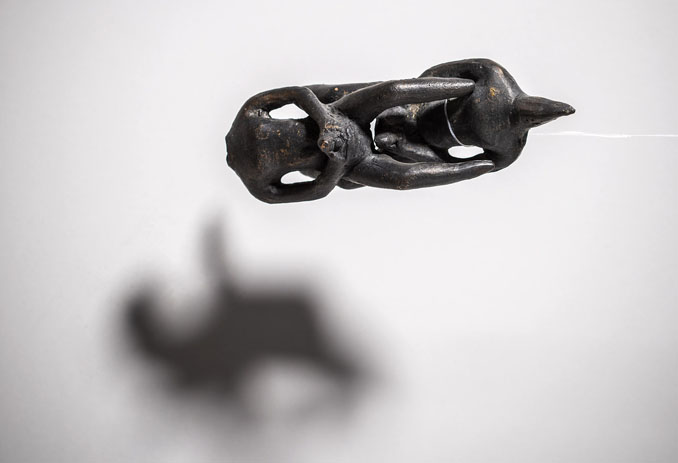 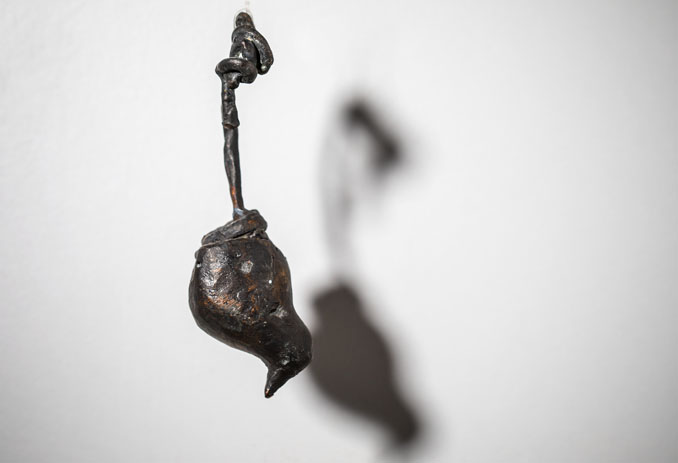 We Unfinish each other 2017

A series of bronze objects are encountering the meaning of permanency. The shadows create realities and dissolve meanings..
Shadows produced by bronze sculptural objects complicate the notion of long-lasting ‘pure’ medium in response to the artist’s made up ordinary, unnoticed, unnecessary, abandoned, impermanent ‘found’ objects, encountering the meaning of permanency.
These remnants appear as morphed figures with new identities. Mummifying the objects, their reincarnated stronger bodies of bronze can withstand time. By this act of re-creation and going through the process of displacement once again, the artist creates a deeper void that accentuates the ephemeral nature of our existence.
Their material presence lasts longer, but as they remain suspended against a mortal surface, their true essence is only captured through the projected shadow lines.